Welcome to the Future of Growth: New Duqm City 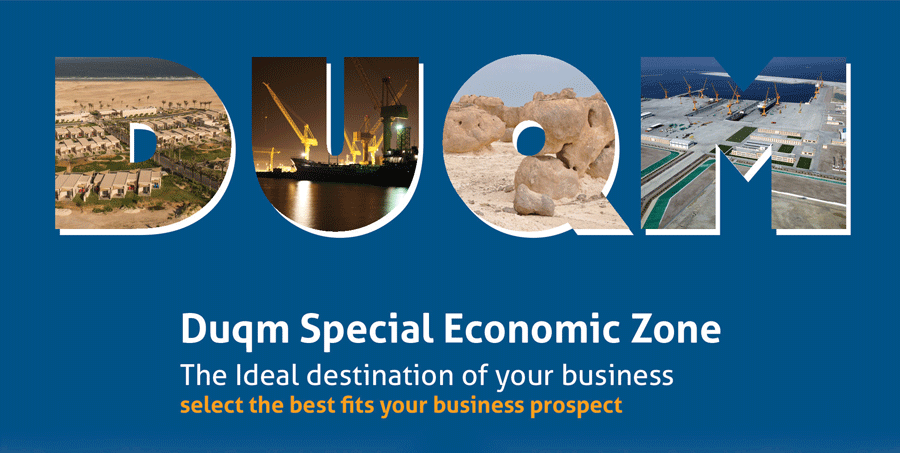 From the green-field setting of Duqm will rise a new city that will embody Oman’s ambitions to emerge as a player of truly global stature. Designed with a futuristic outlook, yet imbued with uniquely traditional architectural elements, the New Duqm City will accommodate around 100,000 people who live and work at the SEZ. The open-space format will be a feature of the city’s layout and a symbol of its brand identity – to project the city as a distinctive urban destination and not a mere housing project. Sustainability will be an underlying theme, featuring the use of renewable energy resources for street lighting, inner-city transport, and communications.

Designed for the future

Duqm’s City Centre will be its major business and commercial district. The area will include destination amenities such as retail, dining, and cultural venues, as well as higher-density housing. The city centre is oriented towards the coast and will be the most active, diverse and dense part of the city. At its heart is a large urban plaza for social interaction, where residents and visitors can come together for festivals and other cultural events.

The Rock Garden District will be a vital part of the proposed first-development phase at Duqm. The district is located near the existing village core and planned developments along National Road 32. The development is positioned at the junction of two major thoroughfares serving the area, and comprising several unique neighborhoods. These include a mix of residential housing typologies of varying densities, creating one of the primary centres within Al Duqm. The district will be pedestrian-friendly with urban avenues and tree-lined streets providing a comfortable retail environment and connecting amenities within the district.

Along the eastern edge of the site lies the coastal district, one of the best value-creation opportunities in Duqm, particularly the waterfront district, with its rich seaside topography. City development in this district will include new residential communities alongside resort hotels and local commercial centres. The district can also serve as a home for family-oriented entertainment and leisure, to extend Duqm’s tourism offer over time. A sensitive development approach will preserve the coastline for future generations.

Located in the heart of Duqm city, connected to the major city highway and surrounded by desert parklands, lies the civic district. It will be a hub of regional, civic and support services, not just for Duqm but also for the surrounding region. Its festival ground, major shopping centre, university, secondary schools, hospital, local government facilities and parklands will become the centerpiece serving the surrounding communities of Al Wusta.

The Airport District will be a community of mixed development and local economic drivers. Employment will be focused in connection with the strategic asset of the airport, to create a centre of activity including commercial showrooms, storage and logistics facilities and light industries. Residential development in compact neighborhoods will unify existing and committed projects in this area of Al Duqm into a cohesive and interconnected whole.