In 2000, Israel identified cyber space as an emerging sector that could aid the government in fighting its enemies. After that realization, Israel pursued a path of technological advancement to become one of the leaders in cyber warfare in the Middle East. On the other hand, Iran developed cyber capabilities as a means to control internal information and dissidents beginning in the early 2000s. Then, after the 2010 Stuxnet attack, the Iranian government began to develop cyber warfare capabilities. Today, Israel and Iran increasingly target each other in cyber attacks both clandestinely and overtly. So, that begs the question, how do the two countries compare in terms of strategy, capabilities, and top cyber groups? Check out the following graphic to find out more: 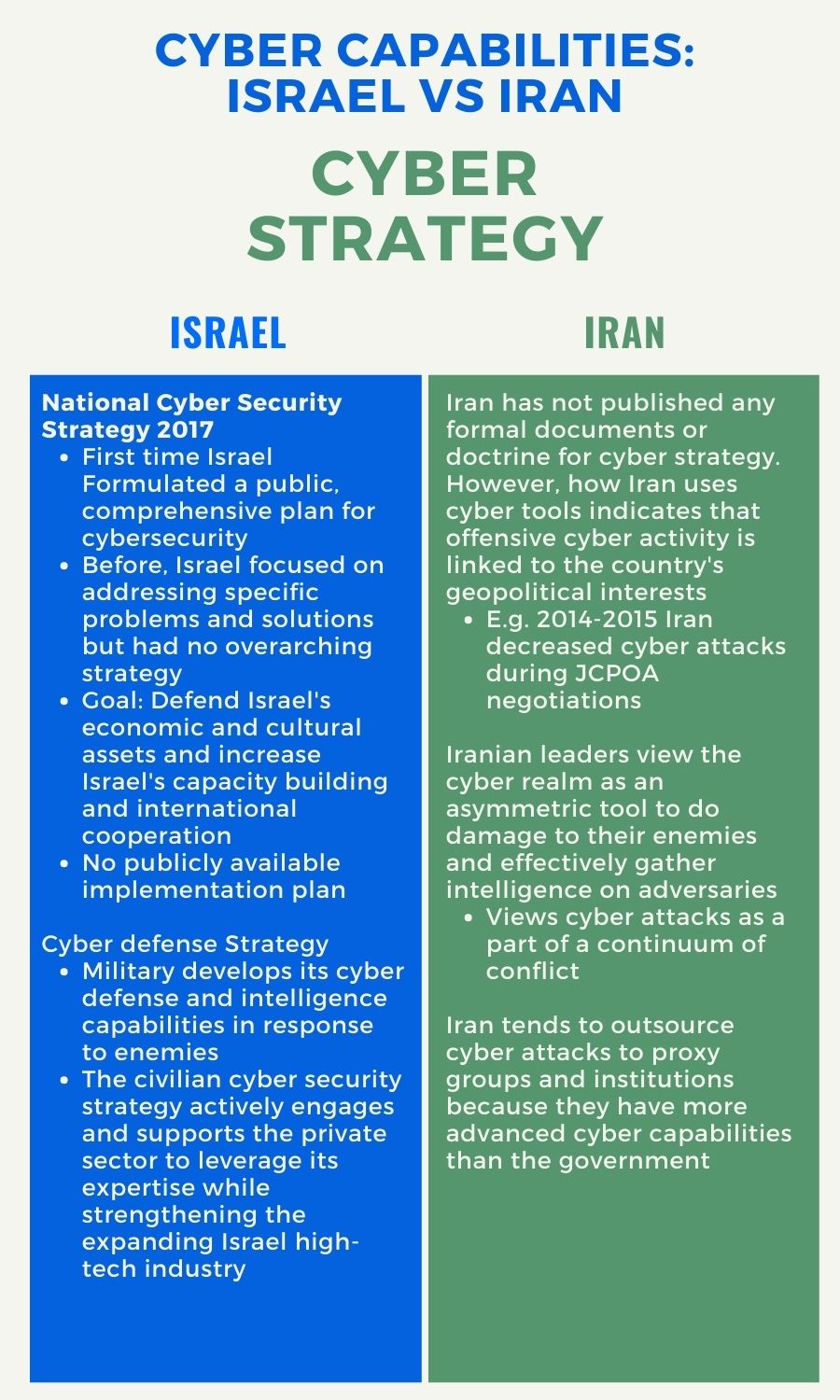 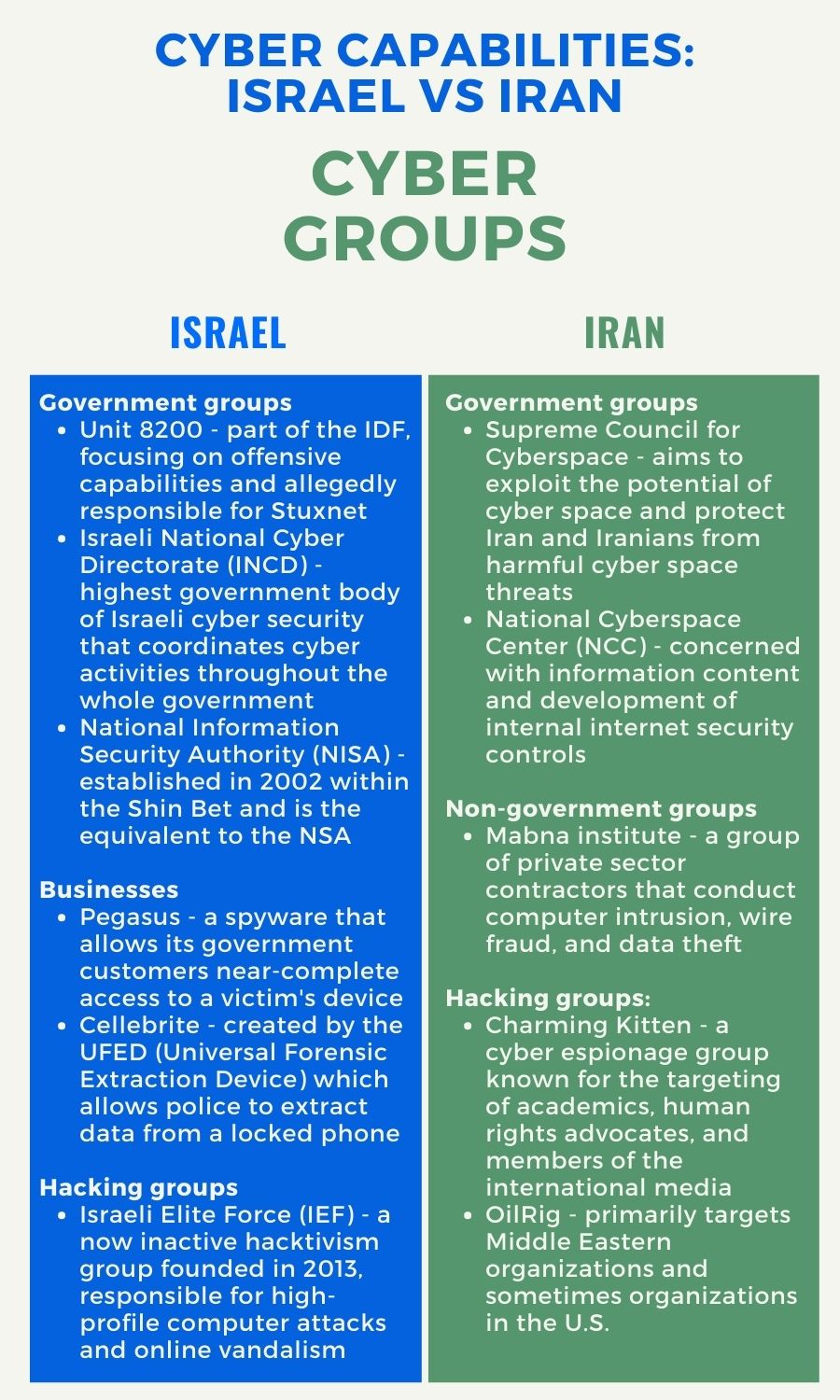