Sarah Schaefer
This essay is part of the MEPC's Emerging Voices series, highlighting scholarship from rising academics focused on Middle Eastern studies. Author Sarah Schaefer is an undergraduate international politics student at The Catholic University of America in Washington, D.C., where she concentrates in Islamic world studies and intelligence.

The delta shoreline of the Nile River, the source of 95 percent of Egypt’s water, is receding by approximately 60 feet annually. Throughout the twenty-first century, climate change is predicted to increase the standard deviation of the Nile’s flow by approximately 50 percent, indicating a doubled likelihood of both flooding and drought. This 30,000,000-million-year-old river is integral to Egypt’s water security and its degradation threatens Egyptians’ agricultural, economic, and cultural livelihoods. In order to ensure prosperity among not only Egyptians but also to the country as a whole, preservation of the Nile should prevail as an indisputable policy priority.

As 86 percent of water supplied by the Nile is utilized for agricultural purposes, a retreating Nile endangers Egypt’s food security. In response to increased water scarcity, the Egyptian government reduced the production of many water-intensive, yet sometimes high-necessity crops. For example, the total area for rice cultivation decreased by 31 percent in January of 2018.

This crop reduction had economic repercussions as well. With many farmers forced out of work, Egypt’s agricultural sector’s employment rates plummeted from 44 to 27 percent from 1991 to 2019. Not only does this harm the livelihood of individual families; it also cripples the $28 billion agricultural sector of Egypt’s economy.

Additionally, pollution of the Nile is preventing water from being physically distributed to surrounding farms and cities. Estimates indicate that pollution costs Egypt 15 billion cubic meters of water annually, and the problem will only worsen if contamination continues.

Beyond interfering with canal pathways, pollutants also infect marine life and agricultural lands that come in contact with the Nile’s waters. Environmental experts have deemed half of the Nile’s fish as “unfit for human consumption” due to water contamination. Similarly, much of Egypt’s local produce is grown in fields polluted with sewage water and chemical residue. Health conditions, including neurological and reproductive concerns or terminal diseases, such as cancer and kidney failure, have been attributed to these pollutants. 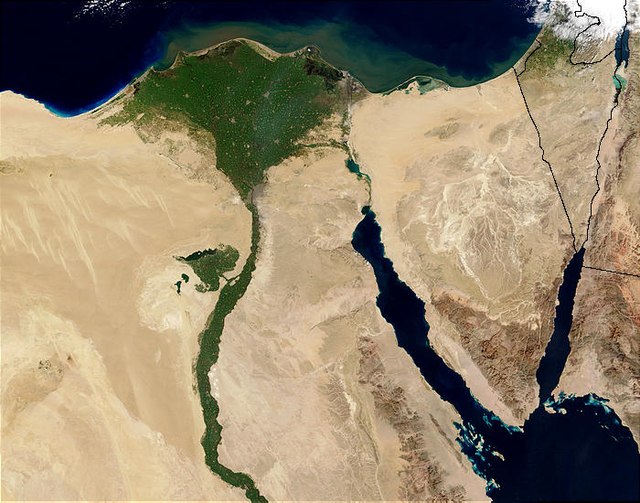 The Grand Ethiopian Resistance Dam, located on the southeastern Blue Nile, further complicates Egypt’s water crisis. Although this dam will provide hydroelectric power to Ethiopia, it is anticipated to disrupt the Nile’s sediment flow and obstruct the natural distribution of silt in Egypt. As a result, the decreasing amount of water that does reach the Nile delta will lack the nutrients essential for agricultural productivity.

Each of the aforementioned concerns is of heightened importance due to Egypt’s projected population growth. Current projections anticipate that Egypt’s 103-million population will double by the year 2078. This population surge will multiply demand for food and water in a region where resources are already stretched beyond their limits. Additionally, a growing population will likely expand urbanization and escalate pollution in the delta region.

Preserving the Nile River and ensuring water security in Egypt is also crucial to safeguarding domestic and regional political stability. When resource shortages occur, there is a greater degree of resentment and thus, an increased likelihood of conflict. For example, the United Nations Environment Programme identified “climate vulnerability, water scarcity and the loss of fertile land” as contributing factors to the 2003 Darfur conflict. Egypt’s water crisis, if allowed to continue, could incite a similarly dangerous reaction.

In order to protect the health of the Nile and the wellbeing of Egyptians, the government must improve its pollution management. Primary pollutants of the river are municipal and industrial waste; therefore, programs for monitoring and minimizing waste dumping are crucial. Decontaminating wastewater before releasing it into the Nile could serve as a beneficial solution as well.

To accommodate a growing population, it is also crucial that Egypt continue to invest in other water resources. In 2017, the Egyptian government and the Food and Agricultural Organization signed an agreement promoting the utilization of solar-powered irrigation systems across Egypt in an effort to “improve water governance and reduce the misuse of water resources.” In 2018, Egyptian Prime Minister Mostafa Mabouly announced the country’s plans to treat wastewater and reuse it for agricultural purposes. Both of these strategies are essential in combating the water crisis and ensuring food security.

By transitioning to avenues of improved water management and sustainability, Egypt will be better equipped to serve the needs of its exponentially growing population. Preservation of the Nile River not only protects food, water, and security for Egypt’s existing population, but also will safeguard the Nile’s crucial role in Egyptian life for generations to come.