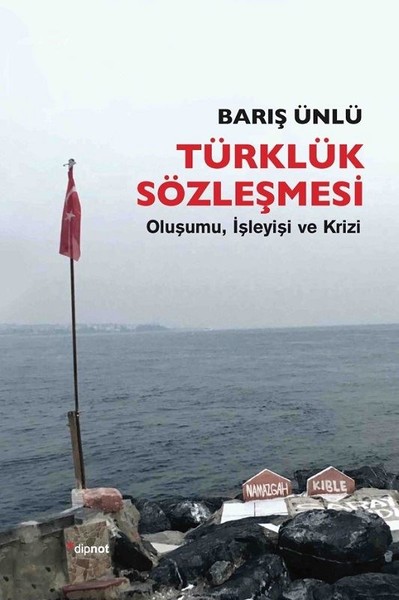 The Turkishness Contract provides readers with innovative concepts and new ways of thinking about Turkey’s chronic and pervasive democratization problems and minority-rights issues. The book is a strong candidate to become one of the pioneering interdisciplinary works on Turkish politics. Its core aim is to expose the unacknowledged privileges and domineering habits of Turkey’s Sunni Turkish majority vis-à-vis non-Muslims (Greeks, Jews, Armenians) and Muslim (particularly Kurdish) minorities within the historical context of the republic. In this respect, The Turkishness Contract resonates with my own PhD thesis, which examined how Turkey’s ethnocratic regime has predicated itself upon the “exclusion, marginalization or assimilation” of non-Turkish minority groups.

Titled “Reflecting on Whiteness,” the first chapter explores critical themes and insights from the theoretical literature on whiteness and feminist studies. More specifically, the theoretical chapter contemplates the importance of revealing the invisible (political, socioeconomic and psychological) privileges and advantages of the dominant groups (p.33). For instance, certain scholarly books, such as “The Racial Contract” by Charles W. Mills and “The Sexual Contract” by Caraloe Pateman, have directed our attention to the unequal and exclusive social contracts that are deeply embedded even within Western democratic political regimes (pp. 55-60). Indeed, the literature on whiteness critically exposes the spurious character of the liberal political myth that rests upon an imaginary social contract among citizens who are supposedly endowed with the same inalienable rights and opportunities.

Based on these in-depth theoretical insights, Ünlü conceptualizes and defines Turkishness as specific ways of “seeing, hearing, perceiving, understanding, caring, feeling, and developing an attitude” (p.13). What is important to realize in this context is that the world of privileges constructed around Turkishness is also automatically accompanied by specific ways of “not seeing, not hearing, not knowing, not understanding” (p. 2). Displayed by the overwhelming majority of people in Turkey (p. 13), Turkishness is a “supra phenomenon” that goes beyond (and thus cuts across) different social classes or ideologies.

Ünlü characterizes the Turkishness contract as based upon three key points. First, in order to enjoy the set of privileges, to live securely, and to be able or at least to have the potential to climb the ladder in the social hierarchy, a person has to be a Muslim and a Turk. Second, it is absolutely forbidden to narrate the predicaments that non-Muslims have experienced (forced deportations, massacres, genocide, usurpation, racism, discrimination) during the Ottoman Empire and the Republic of Turkey. Furthermore, it is absolutely forbidden to feel empathy for them or favor them politically. Third, it is absolutely forbidden to reveal the predicaments of Muslim groups that have resisted Turkification, particularly Kurds, who have been able to do so resolutely, (pp.١٤-١٥).

According to Ünlü, the three points laid out above are even more institutionalized than the constitution itself, as they reflect the core principles of the sociopolitical regime. These three principles, as Ünlü arrestingly puts it, are the “unwritten but real Constitution of Turkey” (p.16).

Chapter 3 covers how the “Transition to the Turkishness Contract” occurred as the Kemalist Republic intensified its Turkification policies, in the aftermath of the Sheik Sait Rebellion. The author makes sure to underline that the new revolutionary Kemalist Republic did not abandon but rather narrowed the framework of the previous Muslimness Contract through Turkification policies. This is why the first principle of the Turkishness Contract formula necessitates that a person be both “a Muslim and a Turk.” Although Chapters 2 and 3 do not provide any new historical evidence, the author succeeds in narrating a fairly balanced, detailed and updated historiography in accordance with the book’s in-depth theoretical framework.

The “Privileges, Performances and Conditions of Turkishness,” Chapter 4, exposes the “psychological cost” that both non-Muslim minorities and Muslim Kurdish minorities pay in their everyday lives in conforming to the Turkishness Contract’s normative paradigm. Throughout the chapter, the author reveals the sociopsychology of the contract at the microcosmic level, but also the pervasive symbolic violence it generates in the everyday sociopolitical arena through complex mechanisms of reward and punishment.

In the last chapter, Ünlü (p.352-355) engages with a highly controversial issue, insisting that the Turkishness Contract is going through an ultimate crisis. At first glance, his argument may seem puzzling, given the heavy-handed repression inflicted by Erdoğan’s AKP government on the political representatives and activists of HDP, particularly since the failure of the Kurdish Peace Process in 2015. However, Ünlü (p. 353) interprets the ever-increasing oppression as the symptom of the contract’s irreversibly waning power to construct consent at the mass social level. To prove this point, the author analyzes the incidents of Hrant Dink and Academics for Peace.

According to the author, Hrant Dink’s courageous writings on nationally sensitive issues such as Sabiha Gökçen’s Armenian origins or the Armenian genocide and the solidarity march of hundreds of thousands after Dink’s assassination, are all critical indicators of the crisis in the Turkishness Contract. Similarly, Ünlü points out how hundreds of academics have become signatories of the Academics for Peace document despite serious threats imposed by state authorities. The thousands of signatories, as the author argues, stand in stark contrast to the academic milieu surrounding İsmail Beşikci during the 1970s and 1980s.

Despite these strong points, the author does not provide a convincing argument as to why the Turkishness Contract is undergoing a fatal crisis. In the case of Hrant Dink, for instance, one may also convincingly point out that the police chiefs involved with the case (and responsible for deliberately turning a blind eye to Dink’s assassination) did not face a detailed judicial investigation or an impartial trial. Hence, Dink’s assassination case may also be interpreted as a tragic demonstration of how the Turkishness Contract successfully covered up the crisis.

As far as the Kurdish problem is concerned, Ünlü does not provide any analysis as to why the Turkishness Contract, which overcame the crisis of the 1990s through heavy-handed repression, will not be able to succeed this time via similar measures. Furthermore, the author claims that the number of people considered to be part of the Turkishness Contract is decreasing; many are withdrawing their consent to the contract. Nevertheless, the author does not provide any social-value or political-attitude survey data that would bolster his claim. The crisis of the Turkishness Contract will remain controversial as the HDP seeks a more inclusive social pact within Turkey, and various armed actors in the Kurdish national movement fight for a new Kurdishness Contract in the Middle East.

Last but not least, although briefly acknowledging the ambiguous position of the Muslim Alevi minority within the Republic of Turkey, Ünlü (p.15) abstains from uncovering the plight of that group vis-à-vis the dominant Sunni-Muslim majority throughout the book. Scholars studying Turkey may need to pay more attention to this critical issue, given the Sunni-populist discourse of Erdoğan, in particular, and the sharpening religious/sectarian divides and conflicts throughout the Middle East.

Despite some minor shortcomings, The Turkishness Contract is an outstanding scholarly work that provides readers with a solid case study based on an innovative theoretical framework. It will inspire scholars to engage further with new theoretical perspectives as they seek to uncover dominance relations constructed upon social categories such as ethnicity, religion, gender, race and social class.