MBS: The Rise to Power of Mohammed bin Salman 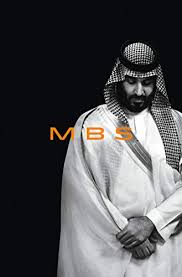 This well-written life-and-times narrative, penned by New York Times Middle East correspondent Ben Hubbard, makes the case that the 34-year-old Saudi crown prince, Mohammed bin Salman (MBS), incarnates the overconfidence and sense of entitlement so often attributed to his Millennial generation. More than a portrait of the crown prince’s life and career to date, Hubbard’s concise and engaging account weaves together the ascent of MBS, ongoing changes in Saudi society, and his own experiences as a reporter covering the kingdom. It is vital reading for Americans who want to go beyond the outrage of the daily headlines and actually understand the complicated and complex relationship between the United States and Saudi Arabia.

A consistent theme throughout Hubbard’s narrative is that of MBS as an amateur whose policy schemes have hurt his country’s interests. Early on, King Abdullah, who ruled Saudi Arabia from 2005 until his death in 2015, viewed MBS “as an upstart whose experience fell far short of his ambitions.” As a young man, Hubbard writes, MBS failed to make much of an impression: “He never ran a company that made a mark. He never acquired military experience. He never studied at a foreign university. He never mastered…a foreign language. He never spent significant time in the United States, Europe, or elsewhere in the West.”

In this respect, MBS displays a striking resemblance to negative Millennial stereotypes: he doesn’t know what he doesn’t know and disregards the counsel of those with greater experience, to his own detriment. This character trait emerges in Hubbard’s description of the pitches MBS made to the Obama administration for Vision 2030, his plan to fundamentally restructure the Saudi economy. After meeting with King Salman and MBS at the White House, both President Obama and National Security Adviser Susan Rice “felt the goals [of Vision 2030] were laudable even if the plan itself seemed shallow.” In general, Obama administration economic experts believed the plan amounted to little more than talking points with no clear implementation plan.

Named defense minister when his father ascended to the throne, MBS likewise embarked on series of foreign-policy moves that ultimately proved disastrous for Saudi interests — none more so than the March 2015 decision to intervene militarily in Yemen, where the 2014 advance of Iranian-backed Houthi rebels had endangered Saudi strategic and security interests. While “more experienced members of the royal family had misgivings” about entering the war, Hubbard notes that “there was little debate about the war or whether MBS, the new 29-year-old defense minister, had the know-how to lead it.” Indeed, the then-commander of the Saudi National Guard “learned that the intervention had begun only after the first bombs had fallen.”

Regional geopolitical rivalry with Iran also factored into a hare-brained scheme to effectively kidnap Lebanon’s then-prime minister, Saad Hariri, and force him to resign his office while detained on Saudi soil — all with the intent of somehow forcing Iran’s Lebanese ally Hezbollah to pull its forces from Yemen. (Hariri escaped, thanks to the intervention of French President Emmanuel Macron, and rescinded his resignation once back in Lebanon.) This episode coincided with the mass detention of Saudi elites in the Riyadh Ritz-Carlton hotel, allegedly as part of an anti-corruption drive. Though corruption does indeed remain a significant problem in Saudi Arabia and the Ritz lockdown was, in fact, popular with many Saudis, Hubbard rightly wonders “whether locking up a bunch of men in a luxury hotel was the best way to go about” an anti-corruption campaign.

The murder of journalist Jamal Khashoggi reflects the combination of stereotypically Millennial traits that have come to characterize MBS’s de facto reign. According to Hubbard’s account, U.S. intelligence officials considered the murder, carried out by henchmen loyal to MBS, as “an amateurish gambit” that was “out of character” for Saudi intelligence. Nor could MBS grok the outrage that erupted: Hubbard reports that the crown prince wondered “why the death of one Saudi had caused such an uproar.”

MBS and his apologists would likely retort that his methods, however distasteful, are necessary to force change on a society like Saudi Arabia. But Hubbard’s revealing and sympathetic account of Saudi civil society makes a persuasive case to the contrary, presenting complex and diverse Saudi voices grappling with a time of uncertainty. It is this frequently sympathetic profile of Saudi society that’s the real contribution of Hubbard’s book, one that lays bare the impoverished nature of current U.S. policy debates on Saudi Arabia.

Vignettes drawn from Hubbard’s time in the kingdom portray Saudi society as multifaceted and diverse, composed of liberals and progressives of various stripes as well as more moderate conservatives and hard-core reactionaries. Saudi Arabia always sees “a continuous push and pull between the royals, the clerics, and society itself,” with the royals more often than not throwing their weight behind a deeply conservative clerical establishment. Ultimately, these thumbnail sketches of Saudi civil society undermine the case for MBS as an indispensable force for change.

While MBS may have curtailed the power of the country’s religious police and overseen an expansion of social freedoms, his reliance on repression to maintain power masks an inability to address the discontent many other Saudis of his own generation feel with the kingdom’s old ways of doing business and politics. As Hubbard notes, since 2005, hundreds of thousands of young Saudis — men and women alike — have studied abroad under the aegis of a scholarship program established by King Abdullah. Combined with access to the internet, Saudi Millennials have had greater exposure to the world beyond the kingdom than any previous generation of Saudis.

Instead of harnessing the energies of Saudi Millennials in constructive ways, MBS chose to take pages out of Vladimir Putin’s handbook of modern autocracy. Together with his main enforcer, Saud al-Qahtani, MBS “rewrote the rules for public discussion in Saudi Arabia, scaling back the types of comments and criticisms that were permitted while greatly upping the price Saudis would pay for crossing the new red lines.” After the official announcement that the ban on women’s driving would be lifted, for instance, women’s-rights activists like Loujain al-Hathloul and Eman Al Nafjan were locked up and tortured by al-Qahtani and other Saudi security services. Saudi dissidents overseas also came in for scrutiny if they criticized the government; after the Khashoggi murder, women’s-rights activist Manal al-Sharif deleted her social-media accounts out of fear she might meet a similar fate. As MBS acquired ever more power, Hubbard’s own ability to speak with average Saudis dwindled as they felt their freedom of speech disappear.
While reading Hubbard’s account, it’s not hard to conclude that a wiser ruler than MBS could have carried out wide-ranging and durable reforms without resorting to wide-scale repression. That ruler would have harnessed the reformist energies present in Saudi civil society and tipped the scales in their favor, much as the monarchy historically tilted the odds in favor of the conservative clerical establishment. A shrewder and more far-sighted leader could have conducted significant reforms without descending into autocracy.

As strong as his narrative and analysis are, however, Hubbard offers few guideposts for U.S. policy moving forward. That’s not his task, nor that of his book. But Saudi Arabia will remain a vital player in a still-important part of the world and the overall global economy for decades to come. The need for a rational and realistic U.S. policy toward the kingdom has never been more urgent, or more difficult to envision.

The hard work starts with recalibrating the nature of the security relationship. For decades, Saudi Arabia has invested in expensive and high-status weapons systems like fighter jets rather than those that would better secure its borders. That means shifting arms sales to Saudi Arabia away from those items and toward defensive systems that help the kingdom better defend itself against threats like ballistic-missile and drone attacks. Simply halting arms sales to Saudi Arabia altogether, as many in Congress advocate, may feel good but won’t accomplish much of substance.

More important, the United States needs to engage directly with average Saudis, especially the up-and-coming Millennial generation that MBS purports to represent. That begins with formulating a list of concrete actions U.S. diplomats can insist the Saudi government take, such as releasing imprisoned women’s-rights activists like Loujain al-Hathloul or demanding genuine accountability for Saud al-Qahtani’s role in suppressing dissent overseas. As Hubbard’s account of a tense 2016 meeting between President Obama and King Salman indicates, specific requests for action will likely open up more space for Saudi civil society than broad calls to respect human rights in principle.

Ultimately, neither America nor Saudi Arabia can go their separate ways. Hubbard’s book may not provide a how-to manual for U.S. policy makers going forward, but its nuanced sketch of a diverse society undergoing profound change lays out the stakes involved, revealing opportunities for engagement with average Saudis that should not be ignored. It’s a must-read for any and all Americans interested in the complexities of this increasingly fraught but nonetheless important strategic relationship.