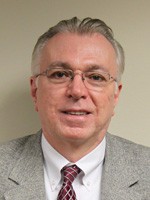 Dr. Mattair has taught at Kent State University, the University of Southern California, the University of California at Riverside, and Cornell University. He also served as the director of research at the Middle East Policy Council from 1992 to 1995. From 1997 until 2003 he was a research scholar at the Emirates Center for Strategic Studies and Research, where he researched and wrote The Three Occupied UAE Islands: The Tunbs and Abu Musa. The book is a study that examines, among other topics, Iranian military capabilities and intentions in the Gulf. His most recent book, Global Security Watch — Iran: A Reference Handbook (Praeger Security International, 2008) is a comprehensive study of Iran's foreign relations. Choice Reviews Online calls it "a must read for policy makers, Middle East scholars and students, and those wishing to have a better understanding of the U.S.'s relationship with Iran." He has published and lectured widely in the U.S., Europe and the Middle East and serves as a consultant to governments and business firms on security and economic issues in the Gulf. He is an honors graduate of Harvard and holds a Ph.D. from the University of California at Berkeley. He is a past recipient of Harvard Law School's Mark de Wolfe Howe Fellowship, the Ambassador Rodger Davies Memorial Fellowship, and fellowships from the Earhart Foundation. He is an ex officio member of the Board.  Please contact mepc.press@gmail.com to inquire about media appearances.

More Articles From this Author