On Friday, August 20th at noon ET we hosted a special Contributor Dialogue with former U.S. Ambassador to Afghanistan Ronald Neumann. It was live streamed on the MEPC YouTube channel here and can be viewed below:

This discussion focused on the following topics:

Ambassador Neumann is a member of the MEPC's Board of Directors and has appeared extensively in the media over the past few weeks. A summary of these media appearances can be accessed here. 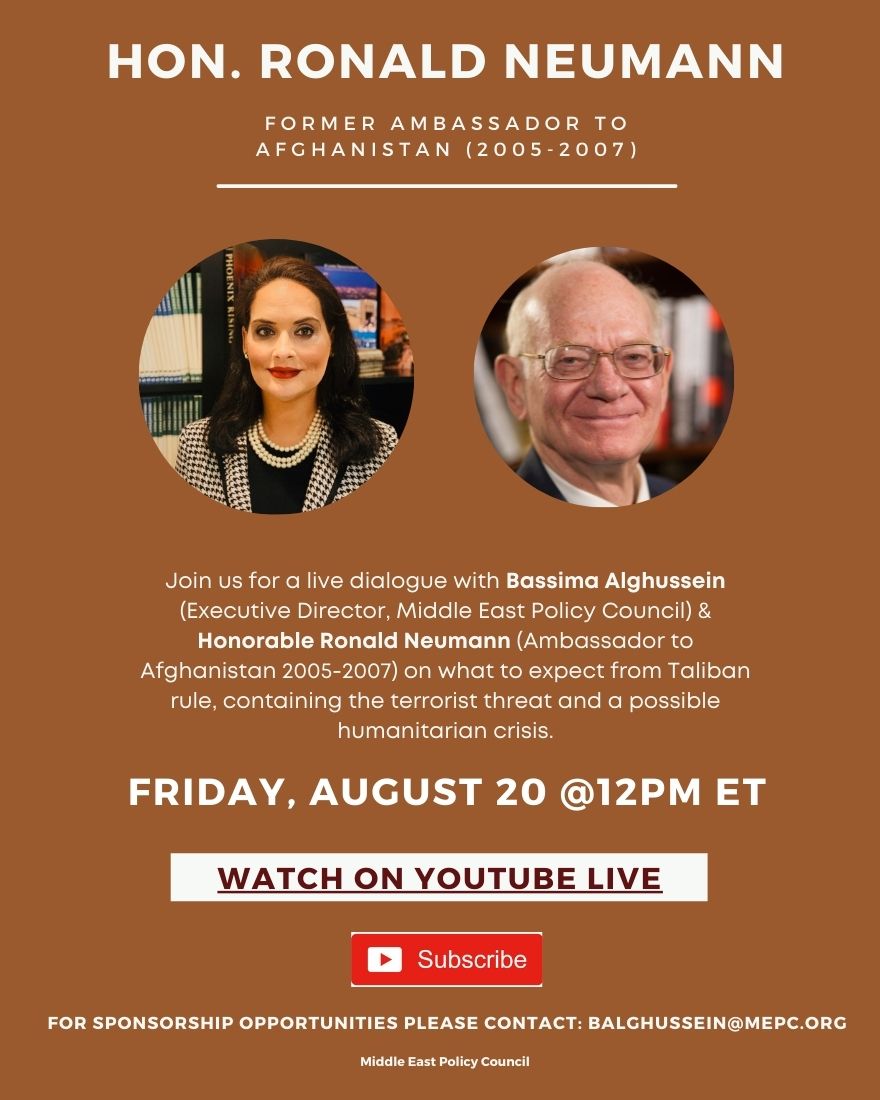